Man & Nature: Seeing the World Through A Photographer’s Lens 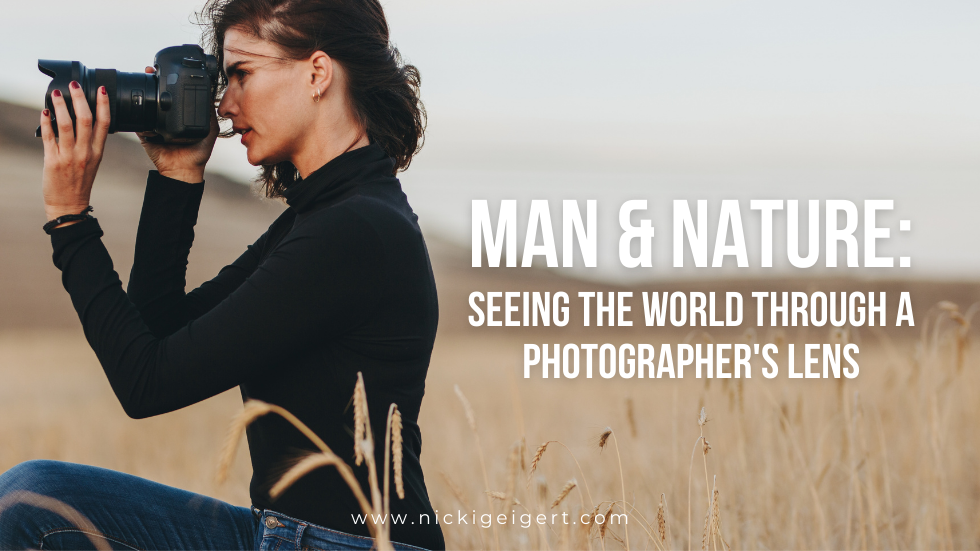 Whether it’s a career choice or just a hobby, photography has a profound effect on the person holding the camera. To a photographer, taking a picture is an art that reflects their personality or expression. Photography is also used as a tool to communicate when written and verbal words fail to relay their meaning. Now more than ever, climate change is a strong theme that needs to be sent out to as many people as possible, seeing that the world is going through the worst and most extreme weather disturbances never before witnessed in so many years of man’s existence. That is what famed nature and wildlife photographer Nicki Geigert in her landscape scenery photos, hopes to communicate. With her camera on hand, Nicki Geigert sets out to capture some of the most beautiful nature scenic images in the hope to capture and preserve Mother Nature’s beautiful moments in a photo while they still exist in the world today.

One of the broadest and most diverse themes for photography is nature and its wildlife. Nature in and of itself is ever-changing, one of life’s beautiful mysteries. For instance, there are no two clouds of the same shape, size, and location. Nature’s flora and fauna are also constantly changing. There is always a unique identifier in each species of animal or plant. And another element of Mother Nature that’s continually changing and unpredictable is the weather. These are good reasons to capture on film and photograph scenes from nature the way they are still seen right now. Aside from these, there are other glaring and more profound reasons why nature photography is important.

Advocacy for Nature Conservation and Sustainability

Capturing in still pictures these moments, such as deer grazing over green pastures and contrasting them over a landscape photo of a field with nearly dried up grass with no animals in sight, would advocate the message of grass as the source of food for animals, and animals in their role in the food chain. At this point, man should do their best to ensure that there’s still an environment left where animals can quickly look and gain access to their food instead of leaving their natural habitat, thereby disrupting the food chain and the ecosystem.

Photography as Proof of Nature’s Resources and Species’ Extinction

The Western Black Rhino was declared extinct in 2011. The Caspian Tiger was declared extinct in 2001. The Baiji River Dolphin is in danger of becoming extinct and probably is already extinct. It is timely that photos of these animals were taken before they became extinct, but what happens when none of them were captured on film at all? Then that means people wouldn’t have any memories of these species and, worse, future generations would have no idea that these creatures exist! Extinction not only applies to animals; plants go extinct at some point. That’s how important the role nature photography plays in life.

Photography as Proof of Global Warming and Climate Change

Global warming is the increasing sea levels due to the melting of glaciers and heat expansion of the oceans and other forms of bodies of water because of the increase of atmospheric heat brought about by gas emissions. As the atmospheric heat increases, so does it affect the earth’s temperature, which leads to climate change. Extreme changes in the earth’s temperature brought in a series of effects, especially in the ocean patterns, such as El Niño, La Niña, volcanic activities, etc.

What role does photography partake in this? Captured photos of droughts, forest wildfires, floods, landslides, volcanic activities, glaciers melting off, animals migrating to different places raise awareness and provide evidence that global warming and climate change do exist. These photos also served as a call to action for people to do their part and start taking responsibility before the whole earth itself falls totally apart.